It Takes an Icon to create an Iconic Address

Think big. And make it happen. 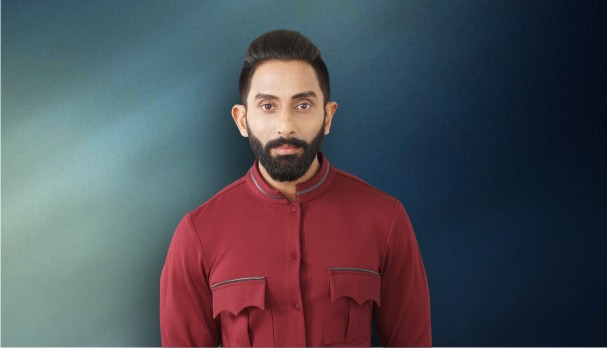 If that sounds like a grand statement, it’s a reflection of the people who think and believe in it. The person who followed it was Rohit Reddy (RR); and the person who said it was his inspiration, Donald Trump. Rohit too was born with a silver spoon and was used to the best of what life had to offer. A tragedy in the family, left him in a void; with an inheritance but with nothing to look forward to.

Which is when he decided to follow these words and prove to himself and his late father that he would be successful in life. His quest of what to do led him to the one thing that he had experience in.  Luxury. But he had to do something in it that nobody else had.
This was not easy. The Nizams or rulers of Hyderabad were once the richest people of the planet, so Hyderabad was used to riches and luxury. Banjara Hills is known to be one of the most expensive and upscale locations in India. But this Rohit decided was where he would put up a luxury residential condominium that not just rivalled but surpassed the best.

Thus, was born Signature One – his dream.
RR was himself the target audience for whom Signature One was created – a globe-trotting gen-X, who belonged to the crème-de-la-crème and looking for a residence that matched the lifestyle they were born into.

However, turning his dream into reality was hard work. It took grit, determination and a never say die attitude, which RR showed he had plenty of.

He was hands on from day one, working and reworking the blueprints with the one among the 100 best architects of the world, till every line was perfection. He personally scouted for the materials – be it the plants for the landscaping or a unique design for the jail-work on the façade, the uber-luxurious bathroom fittings or the special sound system for the 13-seater private cinema hall. The pride and satisfaction that went into the project is obvious from the tour that RR personally provided to the select, highly discerning few who found what they were looking for in Signature One.  Just 25 super elite live here in 5 towers, each apartment spanning an entire floor. Ask any of the globe-trotting residents of the penthouses, who lounge in their infinity plunge pools overlooking the panoramic view of the city, they’d tell you that this is comparable to the best in the world.
This is just the beginning. Rohit is hard at work on a slew of projects that will compare or surpass Signature One.  Just wait and watch.